Bring on The Night 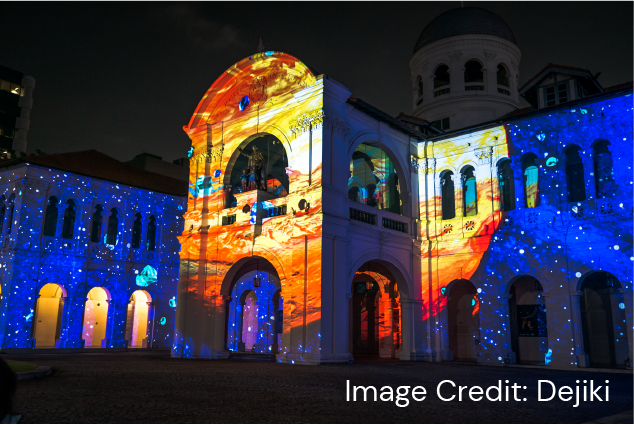 Voted the most popular programme of the year, French designers Arnaud Pottier and Thimothée Mironneau transformed the facade of the Singapore Art Museum with a projection that tricked the visual and aural senses of audiences and brought them on a journey through time and space. 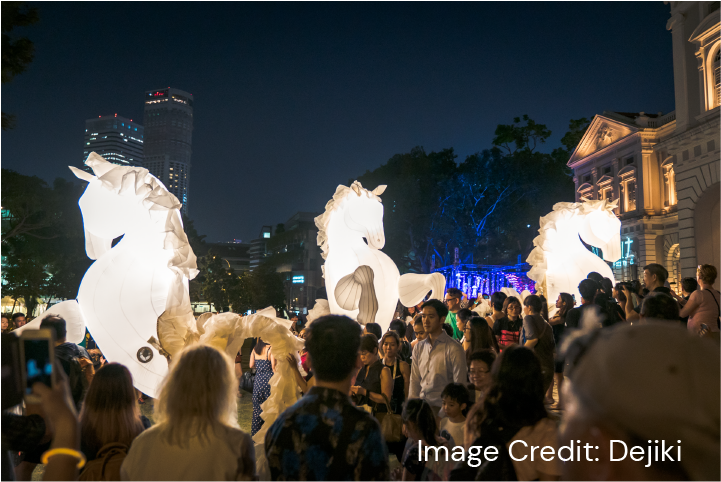 Lyon-based Compagnie des Quidams brought their mythical, luminous horses to the Singapore Night Festival, which pranced around the precinct and surprised festival goers through spectacle, song and dance. 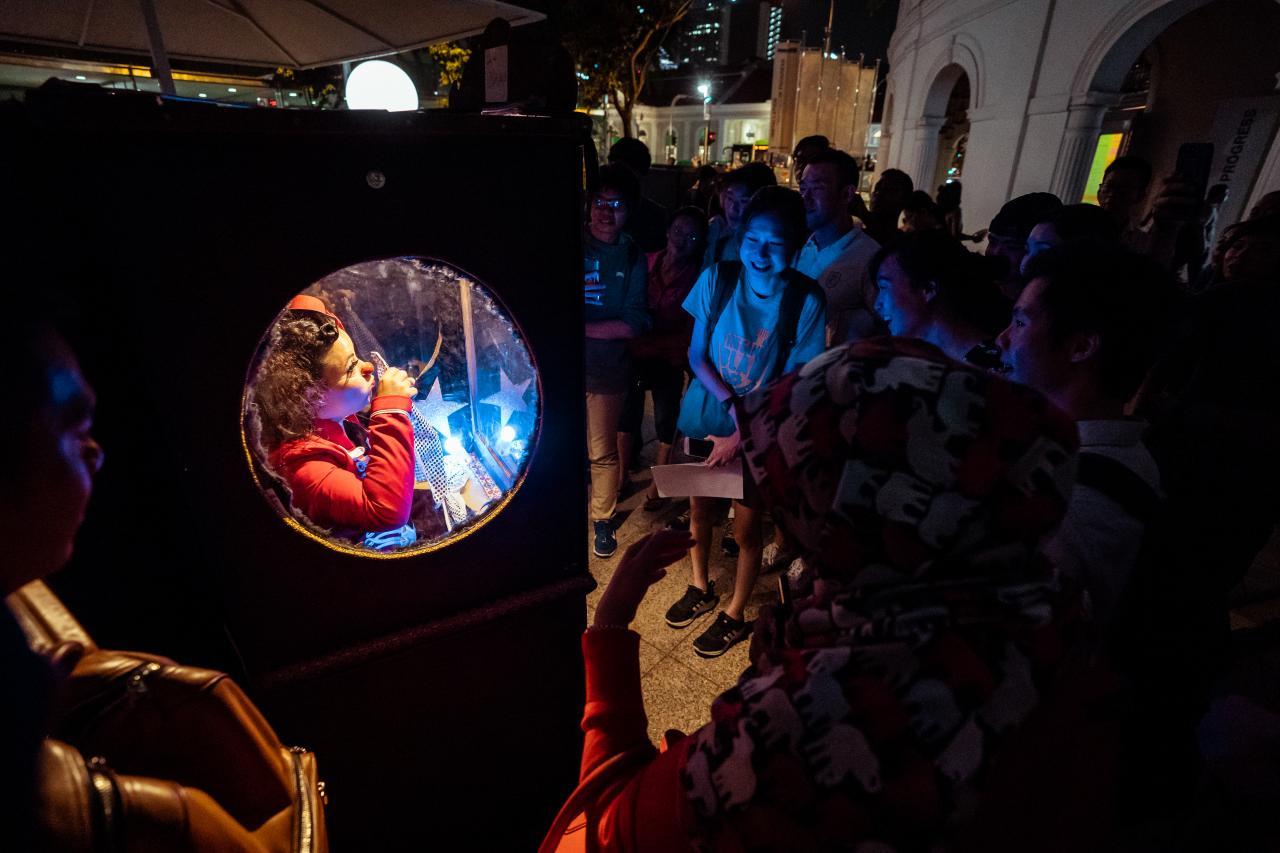 Automatarium was an interactive installation inspired by the fairground attraction of coin-activated automatons from the late 19th and early 20th centuries. Festival-goers were encouraged to insert a coin, which would spring the performers in the automatons to life, enacting short actions with elements of comedy, circus, storytelling and mime. 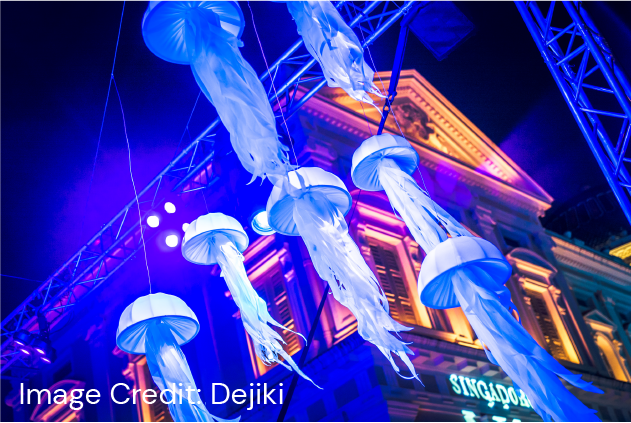 Lekker Design and Auditoire teamed up to present a dream-like “forest below the sea” on the lawn of the National Museum of Singapore. This glowing installation brought festival-goers from the Arctic Ocean to Coral Gardens and the Volcanic Sea, while educating them on the importance of conserving water. 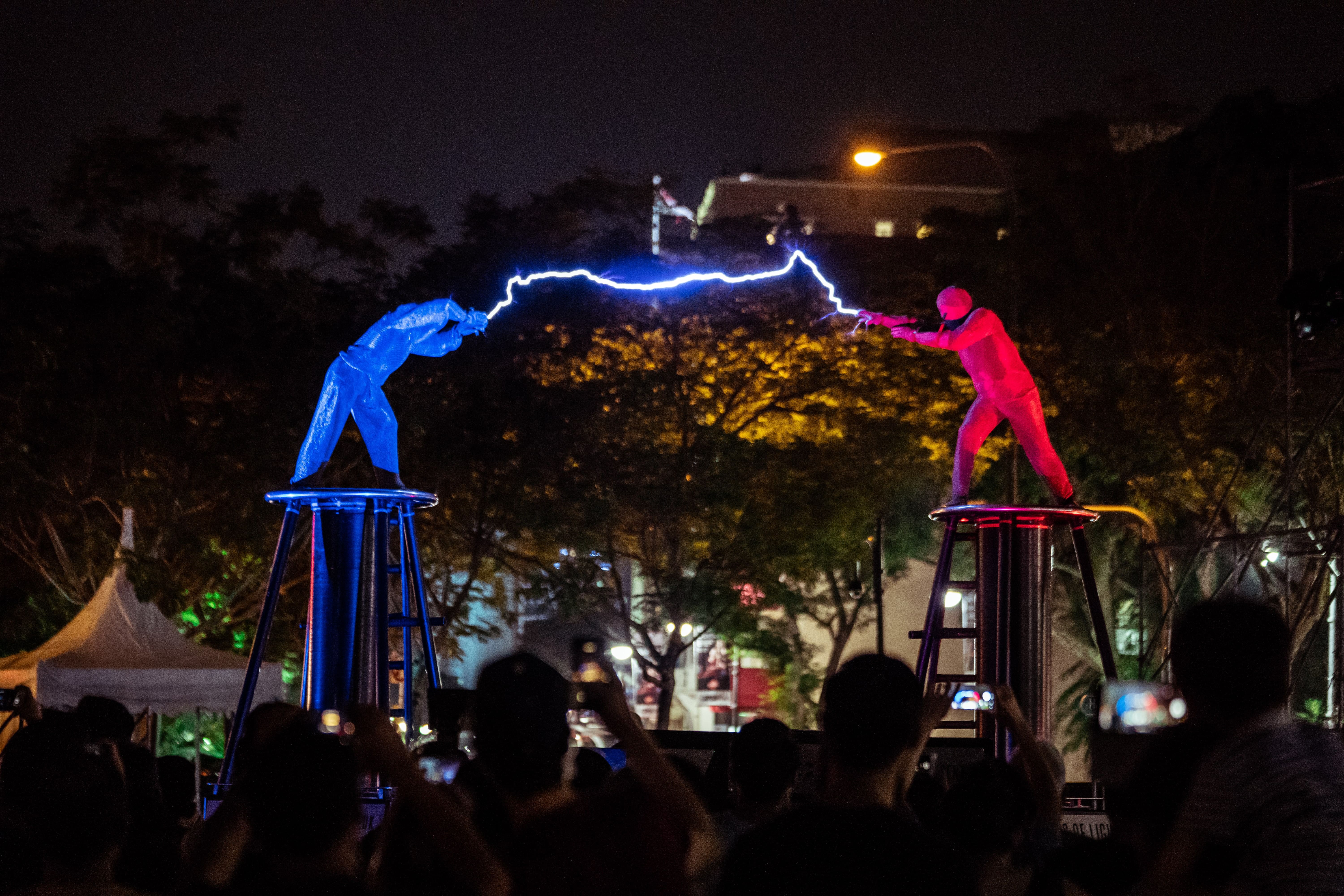 The Duel
(
Lords of Lightning
)

A lightning battle where bolts of lightning were shot from bodies captivated the crowd and crackled the festival sky with visceral human energy and volatile electricity. This spectacular display of science mixed with artistry is the outcome of the collaborative effort between  innovative scientist Carlos van Camp and UK’s award-winning Arcadia.

Local collective Starlight Alchemy returned with an interactive fire sculpture, which required festival goers to pedal on a bicycle to create a burst of blazing embers that would fall from the 5-metre high tower. 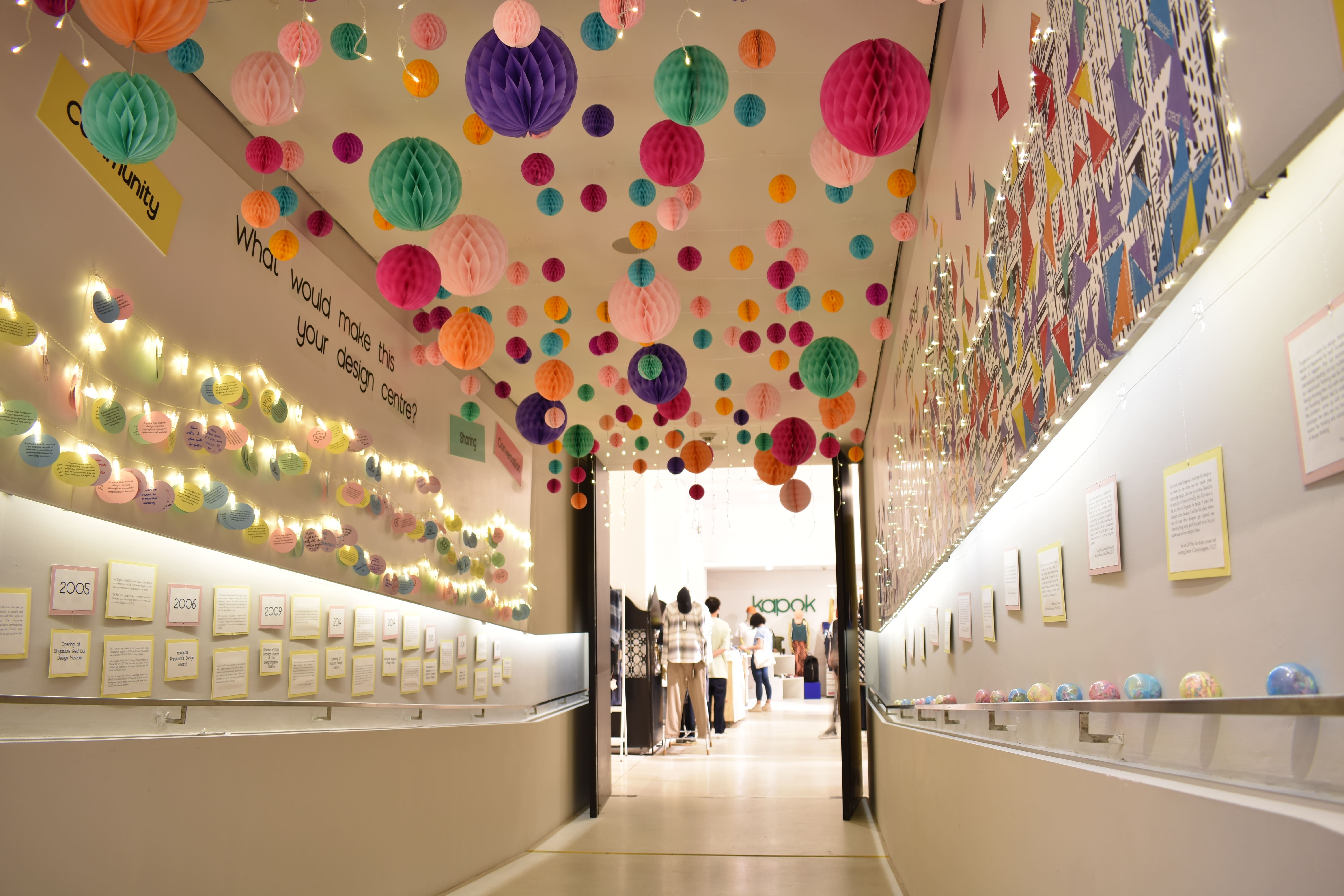 Held in conjunction with SNF, the SMU Arts and Culture Management Programme activated and transformed an under-utilised corridor at the National Design Centre into a public engagement corner as part of an envisioning exercise of value and future of the National Design Centre. Through interactive activities such as a DIY sticker wall, many shared what design meant to them, and what their ideal design centre could look like.

“The idea is for unexpected encounters at different corners of the festival grounds, which we have creatively curated for that element of surprise. We invite everyone to explore the numerous interesting spaces around the precinct, participate and interact with the different acts, performers and art installations we have created and planned.”