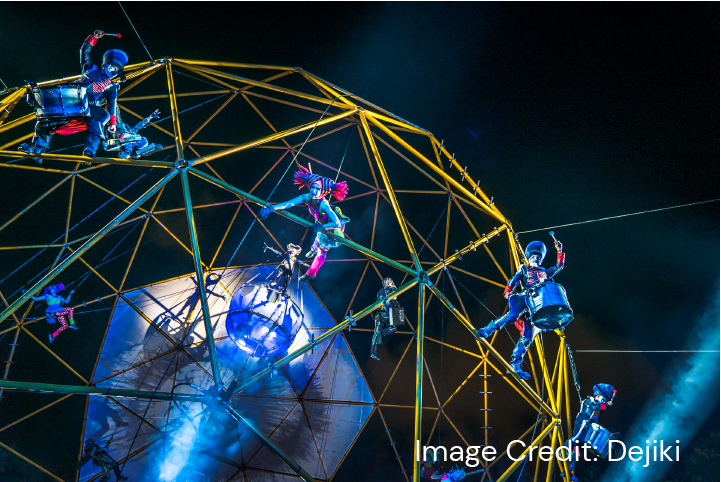 Netherlands’ Close-Act Theatre returned to the festival and presented their massive circus production GLOBE in an unmissable large sphere at Cathay Green. This was a 45-minute energizing show of circus acrobatics, video projections and pyrotechnic moments. 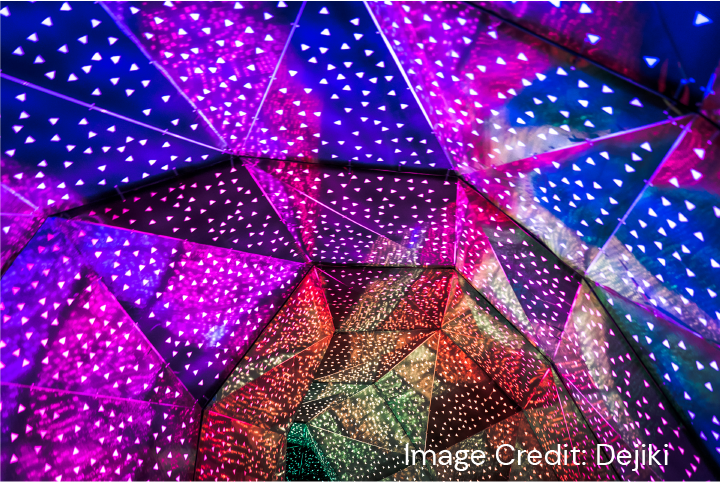 Sparked by memories and experiences from the festival’s decade-long journey, Phosphene was a magical cavern situated inside the National Design Centre designed by a team of students from Singapore University of Technology and Design (SUTD). 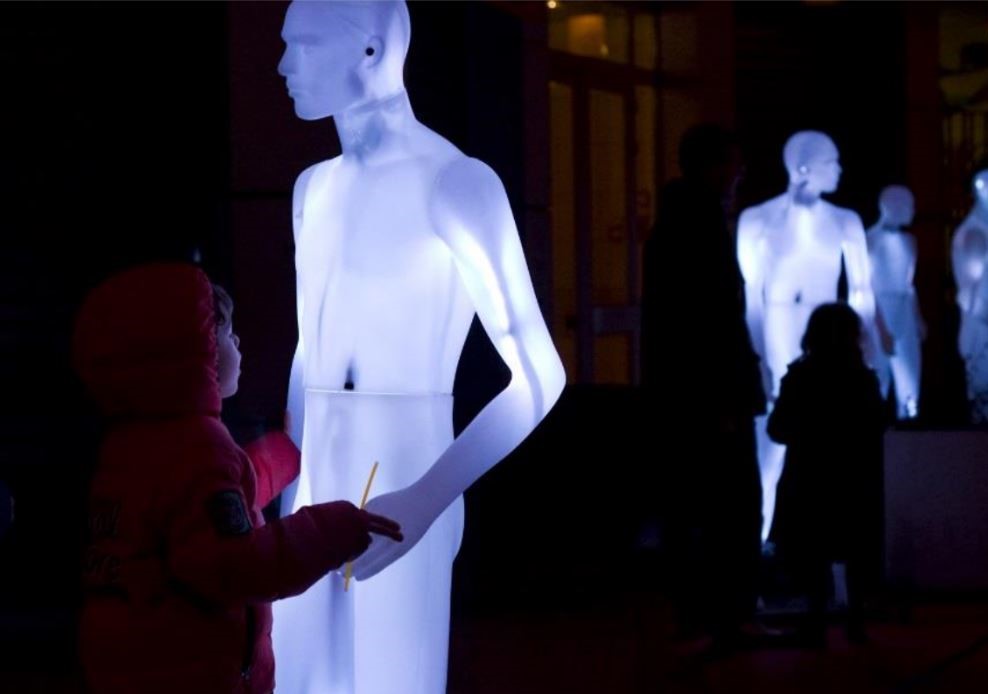 This poetic and interactive art installation of 16 lighted human-sized figurines on the Singapore Art Museum lawn called out to festival goers to get up close and personal and hear recorded stories told by residents, workers and tenants from the Bras Basah.Bugis precinct.

The stellar lineup of HOMEMADE’2017 included MOTUS, a homegrown Batucada Pop Band. Together with Indian percussion drummers from Damaru and Zumba dancers, MOTUS got the crowd moving at Armenian Street. Invigorated by this participation, MOTUS has since been participating in SNF annually, from roving performances to collaborations with diverse artists including Basque company Deabru Beltzak in 2018. 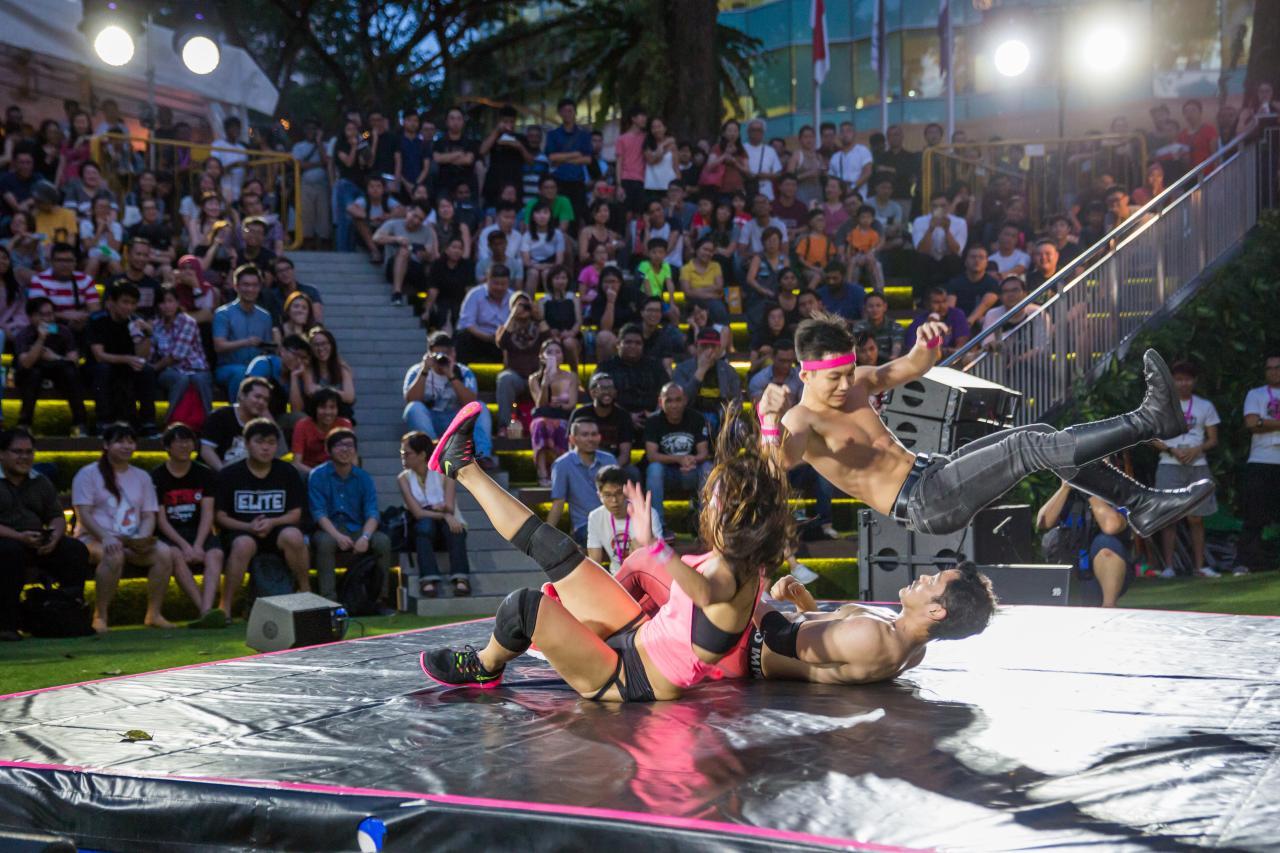 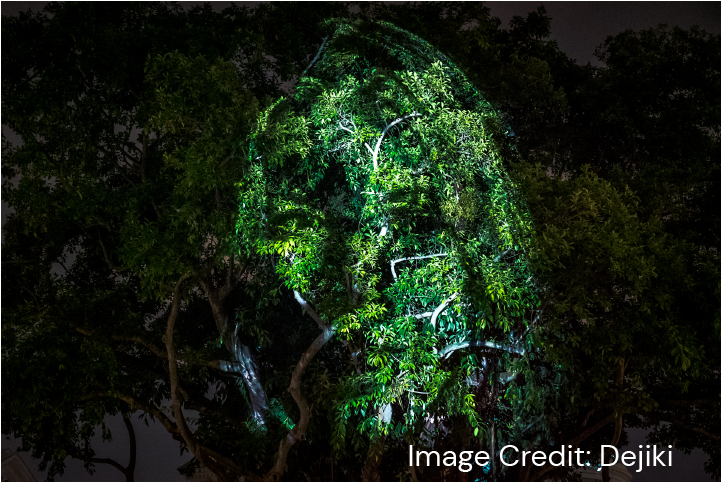 The Tree That Blinked
(
Karel Bata
)

Karel Bata’s The Tree That Blinked was a series of portraits that was projected onto the trees outside the National Museum of Singapore. These ambiguous faces donned expressions that seemed to change with the wind.

“This milestone year is really a celebration of this tight-knit community of people and partners who have grown together with the festival, and contributed to its magic and success.”