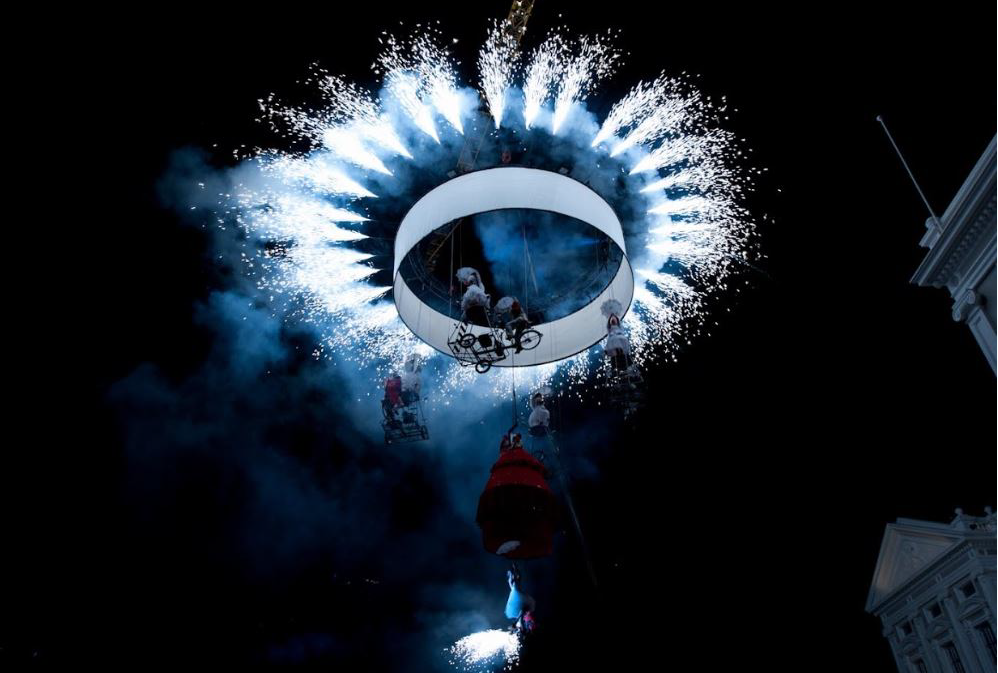 The Belgian theatre company presented a jaw-dropping aerial performance at the National Museum of Singapore front lawn that combined dance, acrobatics, music, film and pyrotechnics. The performance also included an aerial circular screen, which projected a specially commissioned short film consisting of archival footage of the Bras Basah.Bugis precinct featuring the arrivals and settlement of immigrants in Singapore since the 19th century. 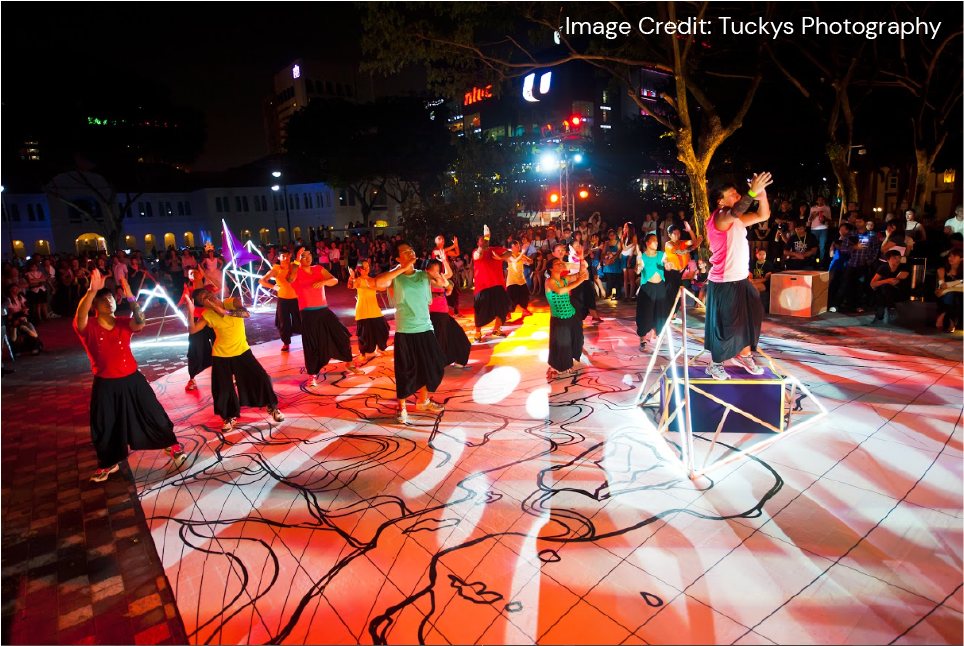 The Shape of a Dream
(
Cake Theatrical Productions
)

Local theatre Cake Theatrical Productions enthralled audiences with their roving theatrical piece about pilgrims embarking on a journey across vast oceans and land. Festival goers would unexpectedly encounter diverse explorers from Zheng He to Marco Polo, as well as fantastical creatures like mermaids and monsters. 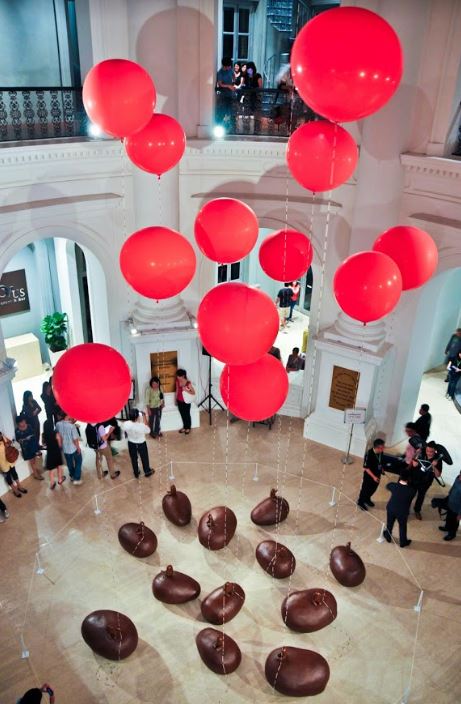 12 large bright red helium balloons greeted festival goers at the Rotunda of the National Museum of Singapore. These balloons, each held by a faceless brown figure sitting on a brown boulder, conveyed the sense of displacement and dislocation felt by the artist as a female Singaporean living in Japan with her Japanese husband and two sons. 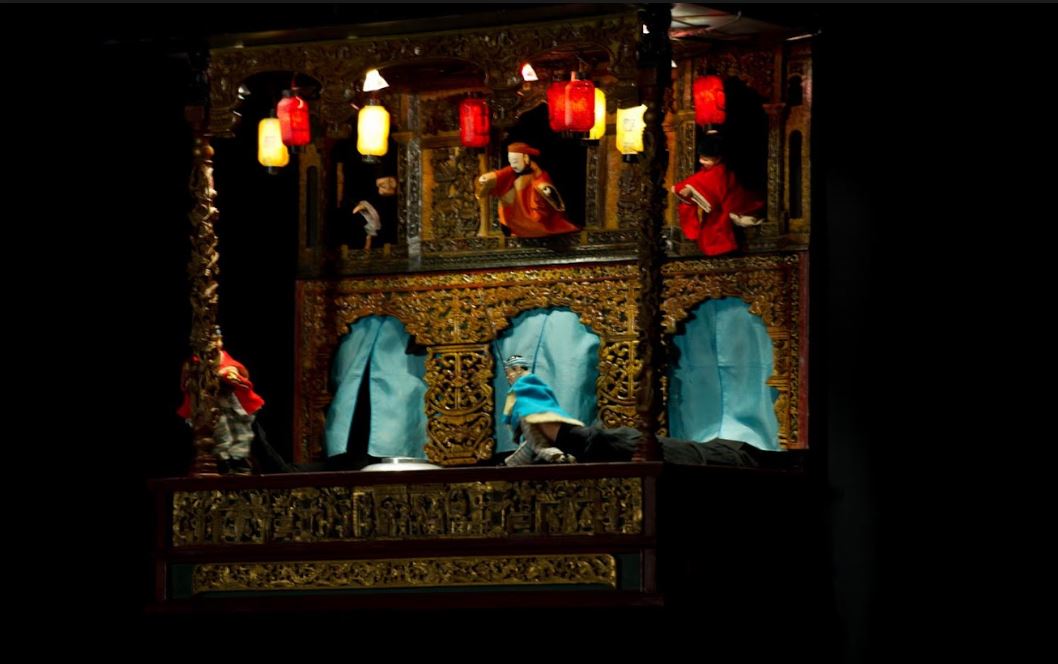 This touring puppet play is an innovative collaboration between Chinese and Italian puppeteers and musicians set on a restored one-hundred-year-old finely carved wooden stage with specially designed puppets and silk costumes. Traditional Chinese Nanguan and Beiguan music were intertwined with Italian operatic songs, strengthening the dramatic power of the play that transported audiences to endless seas of imagination. 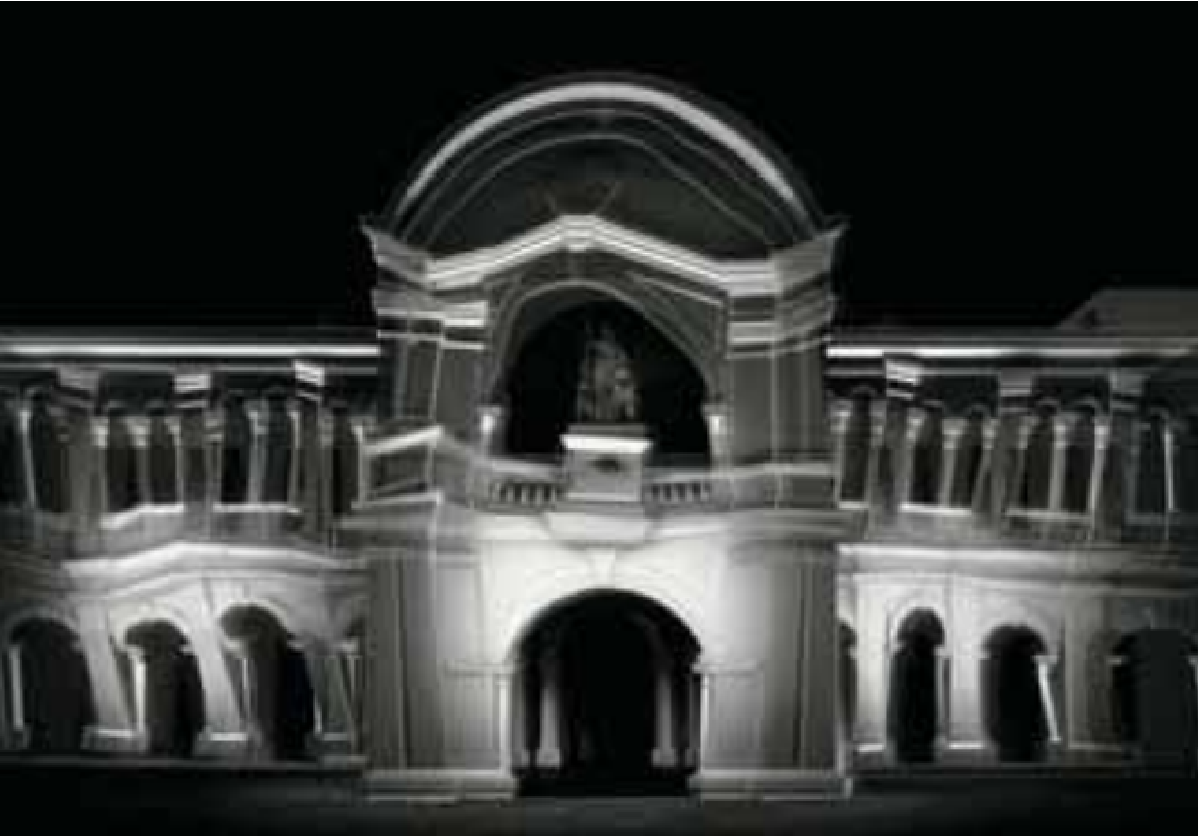 Night Lights 2011 was a 9-evening outdoor showcase of light installations and projection mappings from France.  These were accompanied with an array of weekend activities from a Parisian club party that featured music and visual artists from Singapore and Le Pompon Paris, to night photography sessions and an interactive new media artwork by artist Mojoko (Kult) and computer programmer Shang Liang that showcased more than 200 images of popular local and graphic icons. 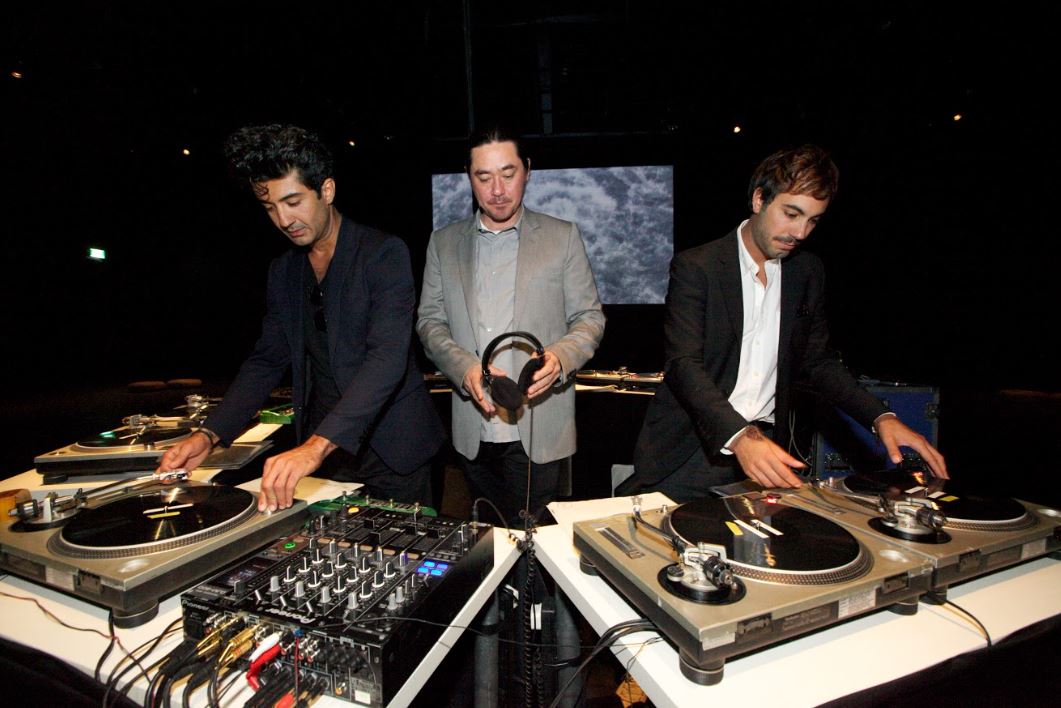 Festival go-ers who ventured into the basement of the National Museum of SIngapore would encounter a sonic adventure created by New York-based collective Soundwalk. The sonic-film installation that was accompanied by live DJ sets, was a result of the long journeys through sea and land that the collective would make to capture sounds from diverse environments including the Persian Gulf and the Strait of Gibraltar.

“The seas, maritime crossings and the spirit of hope they carry are the inspirations behind this year’s Night Festival.”