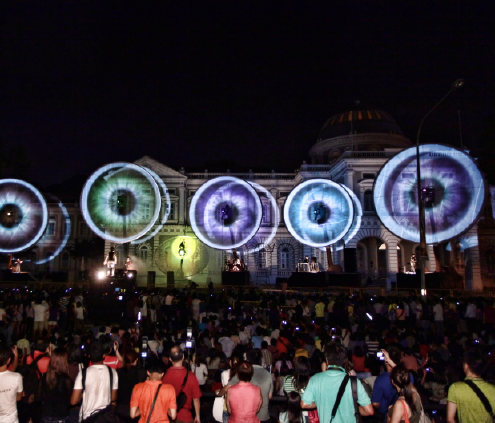 Festival goers witnessed the global debut of Paraboles 2.0, which is an urban installation and human performance revolving around six monumental satellite dishes suspended 17 metres in the air at the National Museum of Singapore front lawn. As the stroboscopic light flashed on the six giant dishes under the night sky, a lone dancer and an accompanying orchestra captivated crowds with their surrealistic performance. 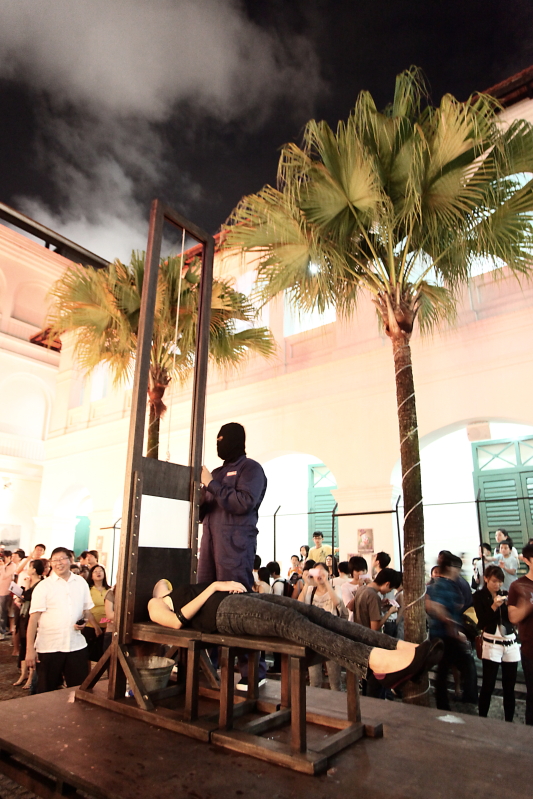 The basement and courtyard of the Singapore Art Museum were transformed into an Abusement Park, which was a cheeky and satirical reinterpretation of the torture dungeons of fairgrounds. Crowds queued to be “tortured and abused” and play games with instruments of pain. 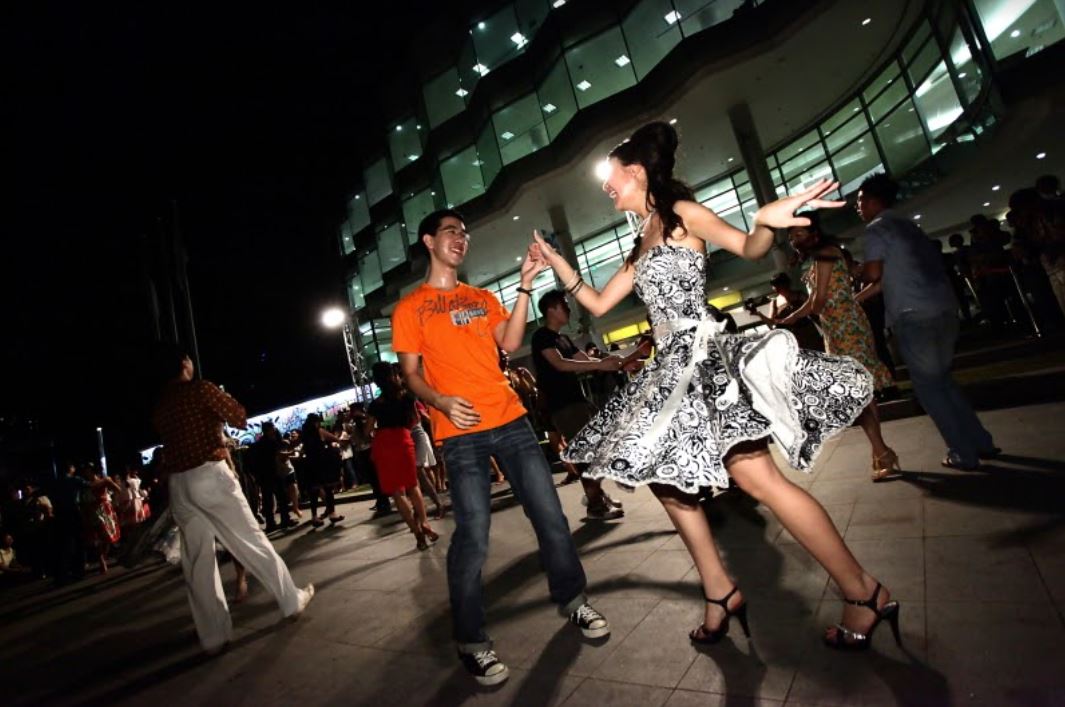 In line with the festival’s desire to recreate a retro theme park, Jitterbugs Singapore performed Taxi-Girls and Taxi-Boys at the Singapore Management University Campus Green. This was a popular social dance from the music hall days of Singapore during the 1920s, which was phased out with the popular rise of television and radio. 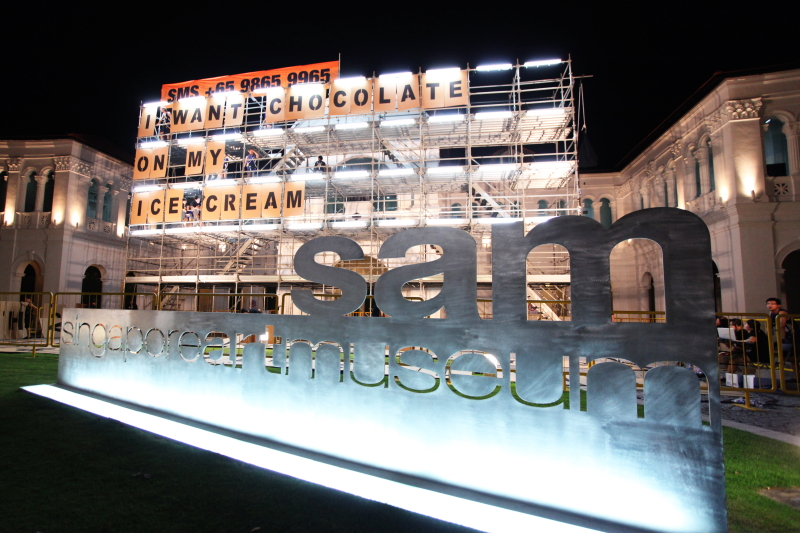 Festival goers became co-creators by sending short text messages from their cellphones to Thai artist Wit Pimkachanapong. If selected, messages would be manually assembled and featured  on the analog billboard placed outside the Singapore Art Museum.  This interactive installation transported festival goers back to a time when technology was less developed and less instantaneous. 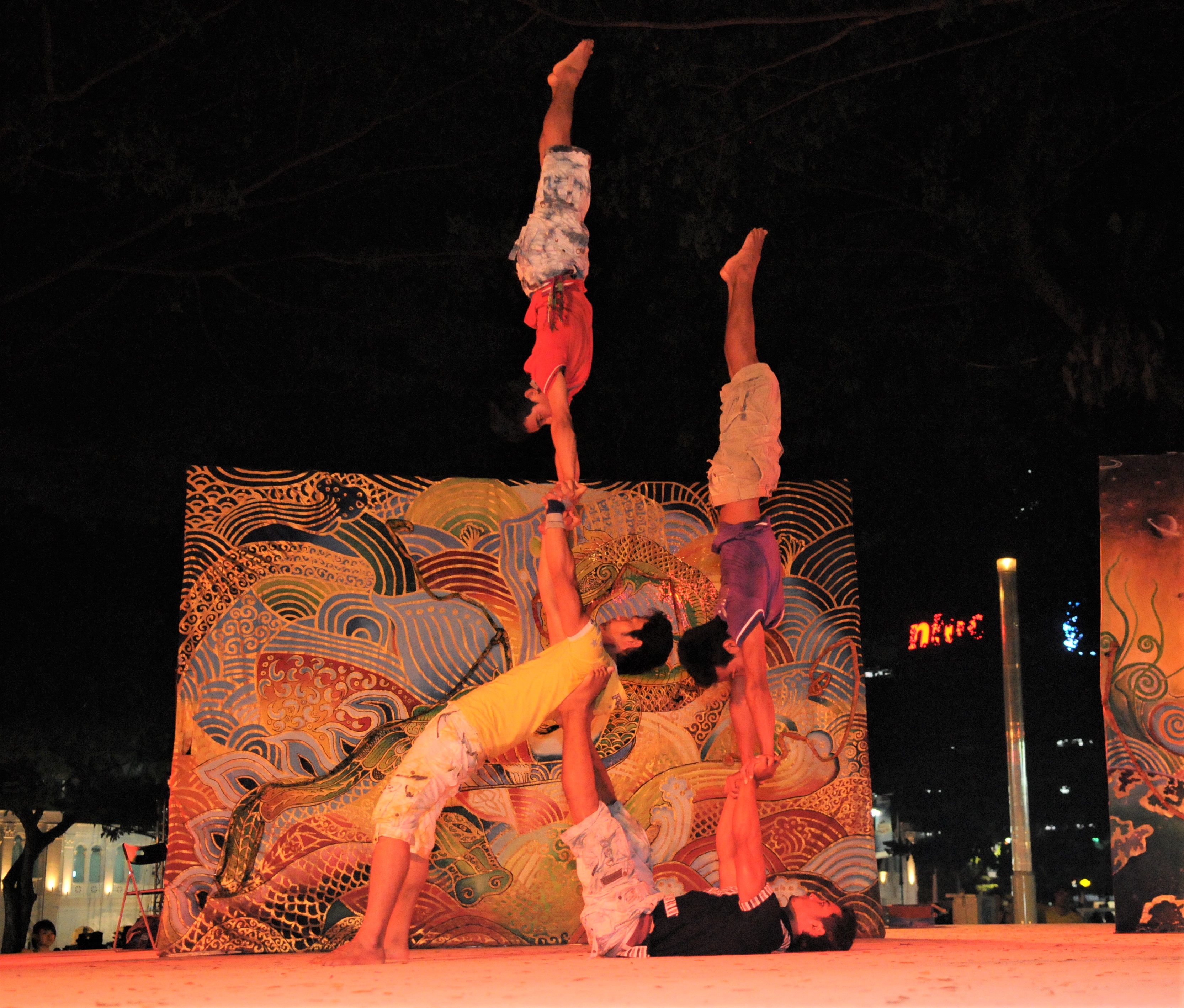 Cambodia’s Phare Ponleu Selpak featured 13 young circus artists who delighted the crowds at Singapore Management University Campus Green with stories of relationships between teenagers and lovers told through juggling, balancing, dance and contortions. This would be the first time SNF featured an actual circus troupe from Southeast Asia. 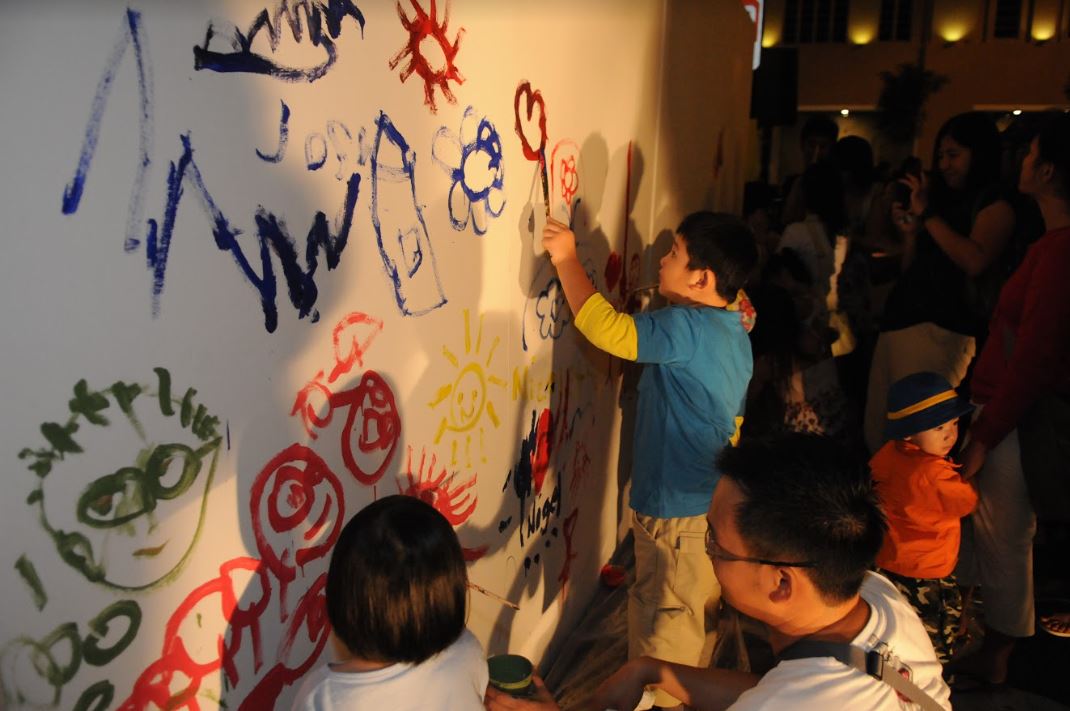 At The Substation, festival goers were encouraged to release their inhibitions and release their inner rebel by participating in a large-scale art mural together with local graffiti artists ZERO and ANTZ.

"We're always challenging our audience to look at new things or to look at the same thing in different ways. I think Keng Sen helps to frame things that seem ordinary and gives them the extra edge and that's very close to what we do in the National Museum."