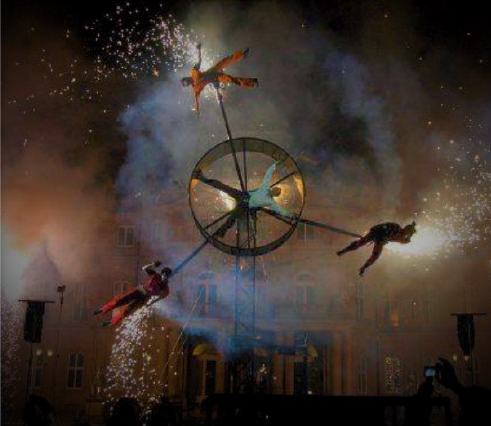 The Loop of Fortune
(
PAN.OPTIKUM
)

German group PAN.OPTIKUM engaged festival goers with a visually-stunning and electrifying spectacle that started at Singapore Management University Campus Green and ended at the National Museum of Singapore. The dramatic finale used the grand architecture of the museum’s facade as a backdrop for a fiery display of pyrotechnics, acrobatics, live vocals and fireworks. 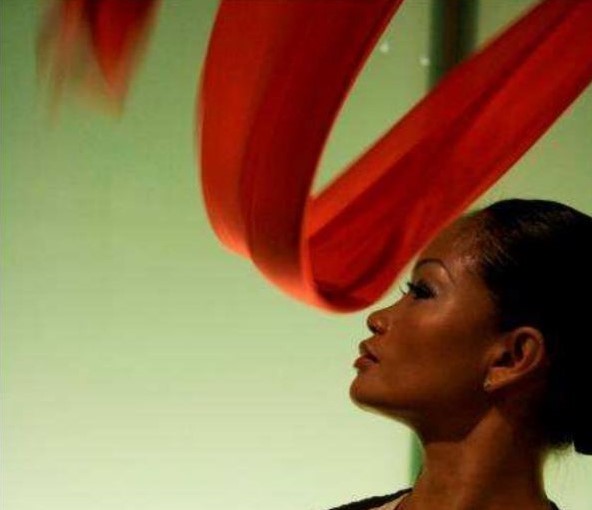 Local acts took centre stage in this edition, with this spectacular opening show of dance, vocals and music by 80 talented performers. Directed by award-winning dancer and choreographer Aaron Khek, this collaborative effort was inspired by the theme of the childhood song The More We Get Together, and included performances by Cultural Medallion artists Santha Baskar and Som Said, Siong Leng Musical Association and The Teng Company. 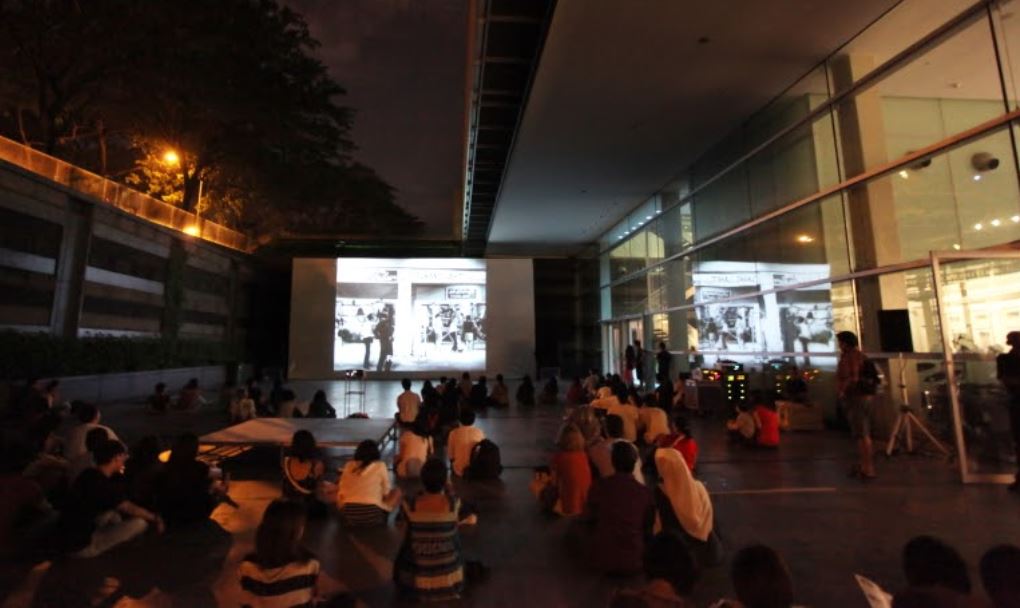 (Not) Under The Banyan Tree: Open Air Cinema
(
) 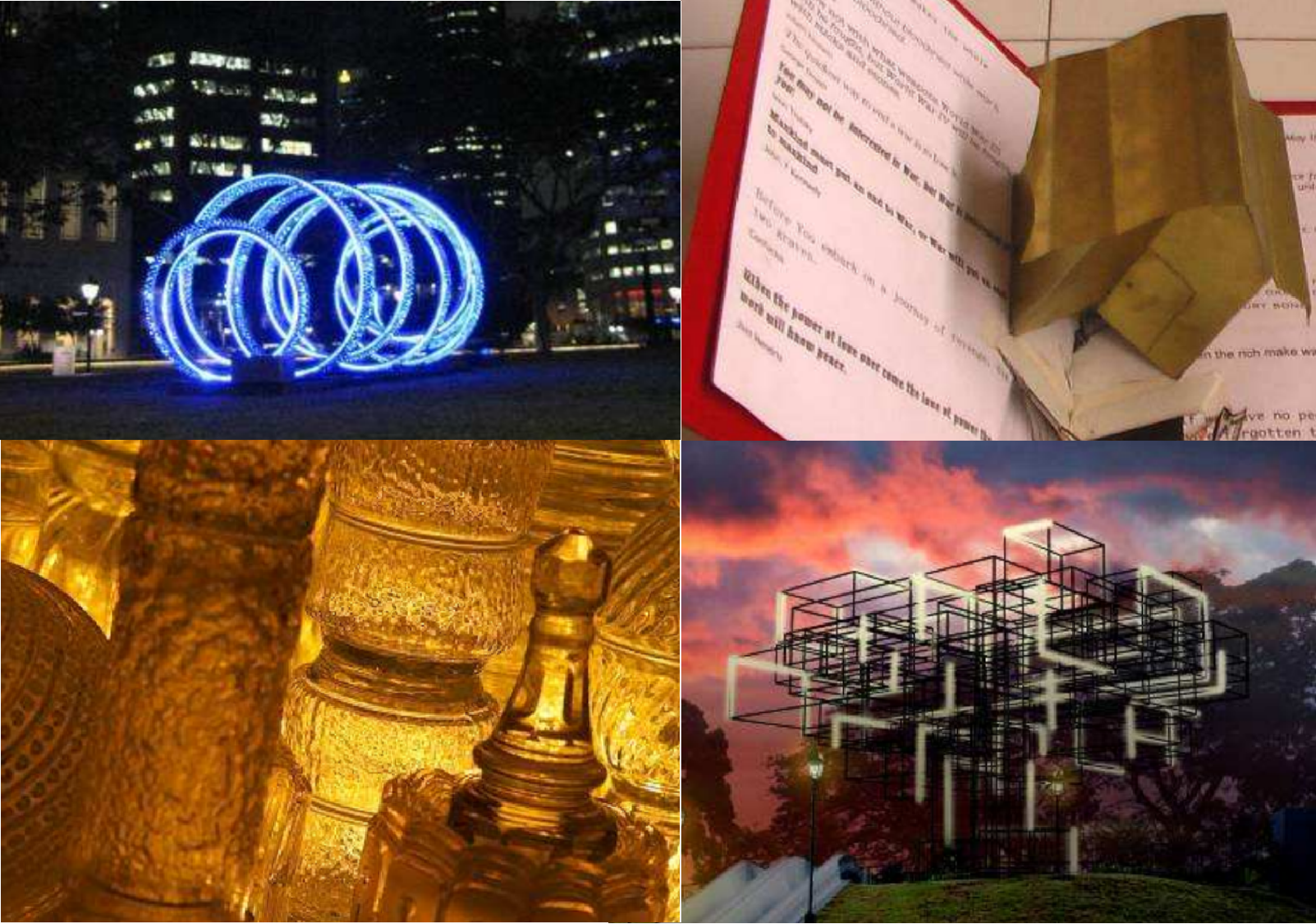 To encourage the public to explore the precinct, there were 4 public art installations by award-winning local artists, of which three were specifically commissioned by the National Museum of Singapore for the festival - The Tree by FARM, The Crystal City by Donna Ong and the Golden House Book by Jeremy Hiah. The fourth installation was The Beginning by Sun Yu-Li. Of notable mention is The Tree by FARM. Inspired by the National Museum’s own banyan tree, the installation is a series of interlocking frames and hanging microphones that detect ambient sounds and alter the lighting nature of the installation.

“With the first Night Festival, we’ve validated the possibilities of the precinct and demonstrated how arts and culture could enliven the nightlife for Singapore. This time round, with denser programming, there will be even more activities in the two nights."